24/03/2020
How I discovered my personal link with Claude Monet - The Master of Impressionism
During this unprecedented and somewhat anxious period of Coronavirus (COVID - 19) I, like many others have been in self-isolation. As a photographer this has to be a rather restrictive and frustrating period of not being able to venture into the landscape in search of images. However, as a writer it can prove to be less frustrating as I experience almost uninterrupted periods for research and writing, allowing me to write features and complete further sections of a new book idea which have continually lay dormant for months.

Additionally, I have also been delving into books which have been purchased and left on the shelf for that moment of enforced relaxation which never seems to present itself. Thanks to Coronavirus that moment of enforcement has arrived and I have been enjoying Ann Sumner’s delightful book ‘Colour and Light’. This book tells of the two Welsh sisters Gwendoline and Margaret Davies of Gregynog who in the early 20th century championed British interest in Impressionism. Their collection is perhaps one of the finest private collections of Impressionism and Post-Impressionism including works by Monet, Cézanne, Renoir, Sisley and Van Gogh which they bequeathed to the National Museum of Wales.

It was reading the section of Monet’s visit to Venice in 1908 with his second wife Alice that I came across a remarkable coincidence linking my photography with Monet’s paintings of Venice in 1908 and 1909.

Alice diarised their visit and in 1908 described the days of bright sunshine interspersed with periods of fog which they were experiencing, a weather pattern not uncommon for Venice in October. She went on to write how Monet would enjoy painting between the hours of four o’clock and six o’clock in the late afternoon and one of his favourite subjects was the magnificent façade of San Giorgio Maggiore.

It was at this moment that I became fascinated with a possible coincidence. I too visited Venice in October and was enthralled by the late afternoon light which was very atmospheric and recalled how I set up my tripod and waited for the light to enrich the façade of San Giorgio Maggiore. Furthermore, I had also attempted to bring a touch of ‘impressionism’ into my image with the use of a Lee Soft Focus filter.

Imagine my astonishment when I checked the Exif data on my digital image to learn that I had captured this image at 4.52pm on October 19th. Alice Monet’s writings reveal that Monet painted San Giorgio Maggiore also on October 19th between the hours of 4pm and 6pm. The only slight disappointment for me was that I took my shot during a visit in 2009, 101 years later. If only I had gone to Venice the previous year I would have shared that wonderful light moment with the master of impressionism himself precisely100 years later. 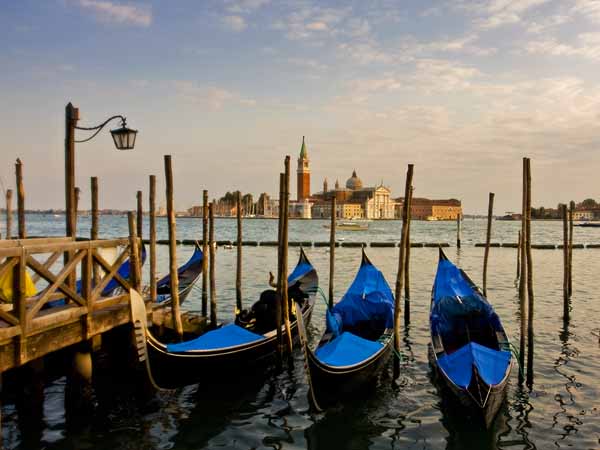 Evening Light, San Giorgio Maggiore
Close Up Photographer of the Year 2020
INNTRAVEL feature my book on Cranborne Chase
Next
Previous